Places that are part of my ancestry
Norfolk Island

Visitors to Norfolk Island are delighted by the beauty of the area but my thoughts, when I visited several decades ago, were initially of the four convicts who had been part of the first settlement and who were my ancestors.

Norfolk, which is 1035 miles from Sydney, is quite small being three miles wide by five miles long. It was discovered back in 1774 by Captain Cook who was impressed by the pine trees and by the flax. He considered the pine would be perfect for masts for ships. Captain Arthur Phillip, who sailed with the First Fleet, took with him instructions to settle Norfolk Island, partly to prevent it from being occupied by any other country, and secondly to enable the pines and flax to be put to good use as masts and sails on ships returning to England from the new colony. 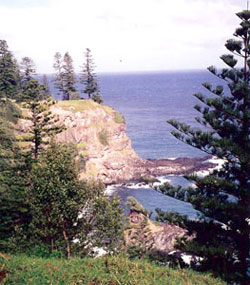 Phillip King was appointed superintendent and commandant of Norfolk Island and was instructed to select convicts of good character to form the first settlement. The party, which was provided with provisions to last six months, sailed to Norfolk on the Supply on 14 February 1788. Nine male and six female convicts were part of the group of whom Nathaniel Lucas and Olivia Gascoigne were my great great great great grandparents. Later settlers included two more ancestor/convicts, Ann White and Kennedy Murray.

The Supply arrived on 29 February 1788 but, due to difficulties with the weather and with a landing, the party did not actually go on shore until 6 March. 'When our settlers landed, there was not a single acre clear of wood in the island, and the trees were so bound together by that kind of creeping shrub called supple jack, inter-woven in all directions, as to render it very difficult to penetrate far among them. The Commandant, small as his numbers were at first, by indefatigable activity soon caused a space to be cleared sufficient for the requisite accommodations, and for the production of esculent vegetables of all kinds in the greatest abundance'.

Although Norfolk pines grew in abundance and were huge, many growing from 150 to 200 feet high with a trunk circumference up to 28 and 30 feet, the timber was found to be useless for masts and was thereafter used for building. When leaders of that time wanted someone with skills they kidnapped them as they did with two Maoris who were brought from New Zealand to teach the settlers how to produce flax. Unfortunately it wasn't until the men reached Norfolk that it was revealed they had no idea how to manufacture flax as this was only undertaken by females. The Maoris threatened to suicide and were then returned to New Zealand.

King left Norfolk in October 1976 for England and returned to Australia in September 1800 when he was appointed governor of New South Wales. From 1806 until 1814 Norfolk Island was gradually depleted of people who were resettled in New South Wales and Tasmania.

The original settlers of Norfolk Island are believed to be Polynesians from the north island of New Zealand or from the Kermadec Islands which are north of New Zealand. who settled in the fourteenth or fifteenth century and who remained for twenty or so years. They lived at a site now known as Emily Bay.

By 1792, as more convicts were sent to Norfolk Island, the population grew to more than 1000. 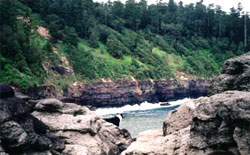 A variety of lieutenant governors were in charge of Norfolk from 6 March 1788 to 15 February 1814. In February 1805 a group of 159 convicts, families and the military left the island, mostly bound for Van Diemen's Land. By September 1808 only 200 people remained and from 15 February 1814 to 6 June 1825 the island was abandoned. All remaining stock had been slaughtered and buildings had been destroyed to prevent colonisation by any other countries. 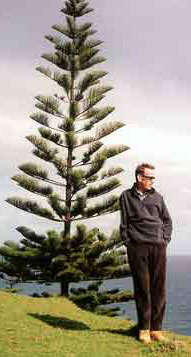 The second penal settlement began on 6 June 1825 under the command of Captain Richard Turton and continued until 8 June 1856 under the then caretakership of T.S.Stewart. In 1824 the Governor of New South Wales, Thomas Brisbane, was instructed to send the 'worst description' of convicts to Norfolk Island. The understanding was that convicts who were sent there would work in irons and would never be permitted to leave except through death and such was the life there that convicts appeared to welcome death as a reprieve from their shocking day to day existence in the settlement. Magistrate Robert Stuart, in an 1846 report remarked upon the scarcity of food, inadequacy of housing, torture and floggings. Thank heavens all my ancestors were part of the first settlement, not the second.

Some accounts, written by convicts made it clear Norfolk Island was a place where human decency no longer prevailed, where the commanders of the island were autocratic and uncaring.

The British Government finally saw the light and the settlement was abandoned with the last convicts being sent to Tasmania in May 1855. On 8 June 1856 a party of 194 people arrived from the Pitcairn Island, mostly descendants of Tahitians and the Bounty mutineers who were resettled due to overcrowding. Norfolk was now established as a colony quite separate from New South Wales.

In 1901 Norfolk Island came under the authority of the Commonwealth of Australia administered as an external territory. In 1979 it gained limited self government. 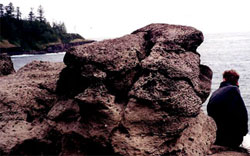 Links to the pages about Places