James Grist, who was born in 1844 in Hampshire, England, came to Victoria where he married Sarah Ann Dudley (1852 to 1921), the daughter of Richard Dudley and Hannah Beal.

All about James and Sarah

Further information about Sarah's Dudley family can be found on this website. Dudley page

James continued to live in Victoria where he died, aged 79, in 1923 in East Melbourne. He is buried in a public grave at the Springvale Botanical Cemetery.

Sarah, who lived in Victoria for 47 years, moved to WA for the remaining 11 years of her life. She lived with her daughter Ethel May, and both are buried in Karrakatta, Perth, along with Ernie Neale. Family members undertook a cleanup of the grave. 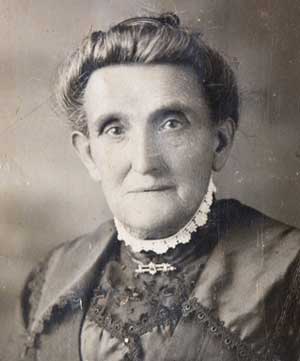 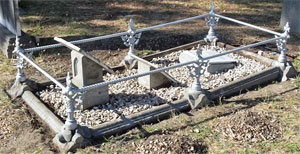 Many thanks to Brad M in Perth who has provided all the photographs and much of the information.

If you have any information on the Grist family I would appreciate hearing from you.