Down, down, down in the Workhouse

The family was poverty stricken and was believed to have lived in workhouses at various periods. All the girls died young and Richard, Samuel, William, and Joseph all moved to Australia leaving only Thomas in England. He married Mary Hall who gave birth to 11 children. 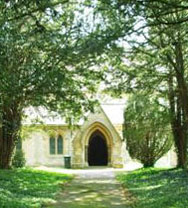 My great grandparents, William Dudley, a labourer, and Hannah Green, a plaiter, married in Bedfordshire on 8 December 1861. William, who was born on 20 February 1837, came to Australia at the age of 25, with his very new wife, Hannah, on the Shackamaxon. 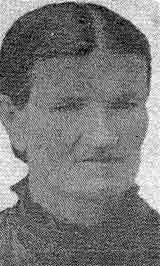 Also on board the Shackamaxon were William's brothers, Samuel and Richard. Their brother, Joseph, went to Melbourne some years before his brothers, arriving, on the Parsee on 14 May 1858. Although he was only 18 he apparently knew exactly what he wanted to do and went, 'on his own account' to Pentridge prison where he was a gardener. 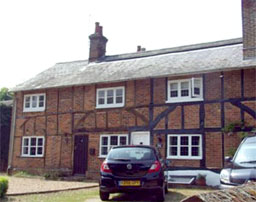 On their arrival in Victoria William and Hannah went to Corop where they farmed and had their first child. Like so many others at the time, the family caught goldfever, and moved to Linton where their second child was born and in 1876 they moved to Gunbower.

Hannah, who always called her husband Chorley, was only 12 when her mother died. She must have been an unprepossessing young woman as her aunt, who brought her up, once told Hannah her sister looked prettier in rags than Hannah would in silks. And no doubt poor Hannah never forgot that remark as it passed down through the family to my aunt, Valerie Carnegie (nee Dudley) and is mentioned in her family history.

My grandfather William was only ten when his father died. He left school when he was 13, to work as a house boy on a farm. His earnings were handed over to his mother to supplement the family's meagre income. He later worked in a butcher shop and then for his older brother, Harry, driving a cream truck. He moved in with his brother Harry and stayed with him until he was grown-up.

William and his brothers must have been striking to look at as one time, when there was a drought, he went with some other brothers to look for work in Gippsland and when a letter was sent to Mr Charley Dudley (because of course he was never called William!) c/- The Six Footers, Walking in Gippsland, the letter reached him! He was a share farmer for some years and also worked making roads, irrigation channels, and levee banks. 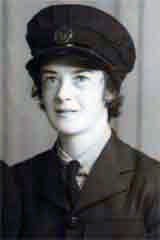 Long before the days of the internet, Valerie Carnegie (nee Dudley) brought together a great deal of information about the Dudleys. She wrote dozens of letters, including many to overseas destinations, and interviewed family members. 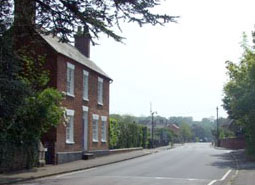 All the photographs on this page of present day Ridgmont, Bedfordshire were taken by Ian McAinsh. Many thanks to Ian for sending these photographs to me.

Many thanks to my cousin, Gloria, for the photographs, below, of William and Hannah's children 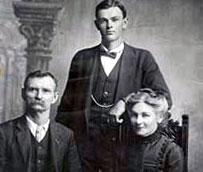 Priscilla (Dudley) Kinney with husband, George, and their son, William. 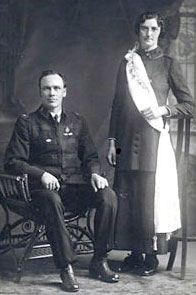 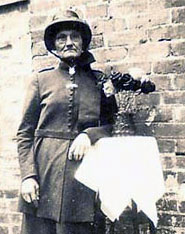 Gloria, has also sent me a lovely family photograph of our Graham relations who lived in the Wunghnu area. Wunghnu is roughly half way between Shepparton and Numurkah in Victoria. Close to Wunghnu is Tallygaroopna where my mother and her family grew up.

The photograph, which dates back to 1914, shows the family of Susan (nee Dudley) and Edward Graham. The backrow, from left to right, shows William, Ted, and George. The front row has Leslie, Edward, Percy, Susan and Alice. 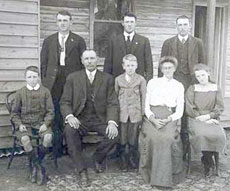 The Graham family of Wunghnu, Victoria

Double cousins - from the Grace/Green side

Below are photos of English cousins. Kate Oldmeadow married Francis Armstrong and they had two children, a daughter, June, and a son, Trevor. Trevor married Pat and I am related, separately, to both Trevor and Pat through my mother's side of the family. The family names include Grace and Green amongst others. 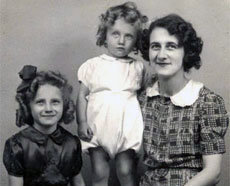 Above June, Trevor and Kate Armstrong, and below Francis and Kate 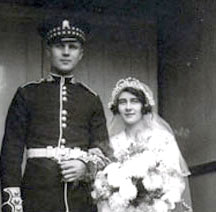 Kate Oldmeadow was born in 1911 at Maids Moreton in Buckinghamshire. Her great great grandfather was John Grace who was born in 1756 who is also one of my direct ancestors.

Many thanks to both Pat and Trevor for providing so much information and for filling in more of my family tree. I have enjoyed genealogy for many years and through this hobby have met cousins from all over the world.

Photograph of Ridgemont in Bedfordshire taken by Dean Dudley

Below are some of my Queensland Dudley cousins, with thanks to Earl Dudley. Pictured are Charles and Doreen Dudley and their four sons. 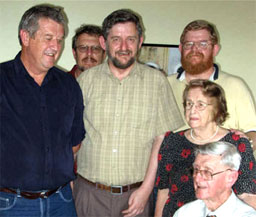